Jim Coster has been farming Mataiwhetu Station for almost 60 years (his family
purchased the property on his 21st birthday) and now his eldest son, Allen, manages operations.
The farm was originally rundown with leaky fences, rudimentary sheep yards, a basic woolshed and no cattle yards. About a quarter of the 300ha was covered in fern and manuka, and plenty of gorse.
Today the sheep and dairy grazing station has been heralded as a sustainable success. The former Meat & Wool Board monitor farm, and supreme winner of the Bay of Plenty Ballance Farm Environment Awards, has benefited from technology and environmental practices.
Jim said measures had been put in place on the farm located in the lower Kaimai Ranges, to preserve the fauna, flora and Mangakaiwhiria Stream that meanders through the property. Thousands of trees were planted, most waterways fenced and land around the stream
was retired to take advantage of the Bay of Plenty Regional Council riparian programme. However, Jim said the process takes
perseverance and hard work.
“When you retire land from grazing, you can have real problems. First, you need to have a substantial fence that is stock proof, and it’s advisable to run a hot wire at shoulder height to deter cattle from reaching through.”
Noxious animals and weeds were other problems, and although the gorse had been beaten any spraying done had to be judicious as there was the risk of killing replacement plantings. Regional council natural resources operations manager Warwick Murray said the council has been working for decades on land and waterway management.
Since 2009, 569 farmers have taken advantage of regional council assistance to improve water quality and farm productivity, he said. The riparian programme uptake was increasing year on year.
Between 2001 and 2005, it averaged 224m of waterway protected annually per landowner, compared with 379m in 2009/10 and 541m in 2012/13.
“This response has been terrific but we’d love to have more landowners on board,” Warwick said.
“Up to 25 percent funding is available for most work the under a riparian management plan and there is a ‘trees at cost’ option, for landowners to get plants and trees for propagation from nurseries.”
The Western Bay of Plenty District Council also provides funding for fencing in certain circumstances. Figures show stock has been excluded from 87 percent of the stream length within the Tauranga Harbour catchment, 83 percent of Ohiwa Harbour catchment streams and Nukuhou and Waiotahi Rivers, and 93 percent of stream margins in the Rotorua Lakes.
Carmen Hall
Published in Issue 159
Tagged under
Read more...
Monday, 22 July 2019 01:50 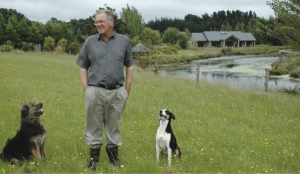 The Mangaone West region is typical of many farming districts where remaining indigenous cover is very limited and the balance is in productive farmland.
Into this area a few years ago stepped Ducks Unlimited member Ossie Latham, and his conscious was pricked by the degradation he saw in the waterways near his home.
Growing up on the banks of the Oroua River downstream from Feilding, part of a third generation on both maternal and paternal sides of his family he remembers: “During that time the Oroua had gone from a pristine small river where kids could swim in deep holes, dive off the road bridge, catch eel, trout and flounder, to a gravel choked conduit for industrial, town and farm waste. A dead waterway, the greatest degradation happened in my time as a kid,” said Ossie.
Then came concern for the Manawatu River and its’ tributaries of which the Oroua is one. The Manawatu River Accord was set up and out of that spun the Oroua Catchment Care Group. Ossie attended their meetings and the Oroua Group decided the best way to tackle the problems was to think catchment wide
but act local to address whatever issues may be in any given area. The Mangaone West stream where Ossie and wife Mary live is a tributary of the Oroua. Ossie volunteered to be champion for that area.
As a local champion his job was to gage the support of residents for a collective effort to address issues of farming and lifestyle practises that degrade the environment.
“Once sufficient interest was identified, we called a community meeting and established the Mangaone West Landcare Group.
Knowing that what we do on our land eventually affects water quality in our area
and downstream, we chose to take a holistic view of our catchment and deal with our habitat as a whole, be it farming practises or lifestyle choices.”
Ossie said it was fortunate that some residents in the lower catchment had come together 15 years ago and as a group had investigated and in many cases implemented, more sustainable farming practises.
This group ran out of puff after four years but two of the group’s successes were a widespread possum control programme that is still going today, and the other was recognising the detrimental effect of pugging by wintering mature cattle on wet soils.
Neil Managh, coordinator of the original group gave his support to Ossie who
then called on the leading farmers in the area, the local school principal, known
environmentalists, friends and acquaintances and got their commitment to the scheme.
“We organised a community wide pamphlet drop calling a public meeting and away we went,” Ossie said.
Is this something DU members should get involved with? Ossie said: “Given that
whatever we do to our landscape sooner or later affects our wetlands and waterways, I think it is worth DU members thinking about what happens upstream from their favourite dam, wetland or waterway.
“The primary benefits are thinking of being more sustainable in what we do for the benefit of the habitat as a whole. This includes the best way to keep our soils in situ, the nutrients on the property and a flourishing diversity of which we are part.”
Although initial funding came from the Government through the Ministry for the
Environment to the Regional Council to the group; they also applied to Trusts with an interest in what they are doing and they asked Landcare to come on board to provide the governance and institutional expertise.
About 60 percent of landowners are part of the group. All major farmers bar two are committed and interest is growing. There is a diversity of views on what best practise is and just what is sustainable but Ossie said they cope with this by agreeing that “Sustainability is the ability of the current generation to meet its needs, without compromising the ability of future generations to meet theirs.”
“I’m not sure where I got the quote from but it gained widespread acceptance to what we are on about.
“We recognise it’s taken over 100 years to get where we are now, so we expect our work to improve our chosen living spaces to be intergenerational. While the stream is our common bond, we love our landscape which the stream and we are part off.”
(Afterthought)
“After doing the question and answer bit for you I got to thinking, what is the key for many of the settler families who are part of our group? Many of them are 3rd and 4th generation; they have a strong sense of stewardship, a concept that is evolving as our knowledge of interdependence grows. It’s good to be part of their efforts.”
Published in Issue 159
Tagged under
Read more...
Tuesday, 02 April 2019 08:12 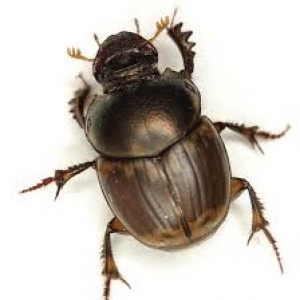 Clean and green the aim

For members who receive the NZ Farmer rural newspaper each week, you might remember the issue of October 12.

The centre spread has an article about working to clean up streams, and one of our members – Ossie Latham – is a driving force behind that initiative. Landcare Trust regional co-ordinator in the Manawatu, Alastair Cole regards Ossie as a community champion for the effort he has put in over the past few years to encourage other landowners to help clean up the streams and the rivers.

Trees have been planted, and streams fenced off, locals (not only farmers, also lifestylers) have embraced the clean streams idea, and a local school has taken on the idea as a continuing project.

Most farmers are enthusiastic about the project and one said he hopes it won’t be long before fish are seen again and the birdlife flourishes.

DU members with a squirrel nature may have older Flight magazines tucked in a cupboard. In Flight 195, April 2014, page 5, you will find a story about Ossie, and the beginning of this initiative.
Published in Issue 165
Tagged under
Read more...
We use cookies to ensure that we give you the best experience on our website.
I accept