What the Game Bird Habitat Trust does 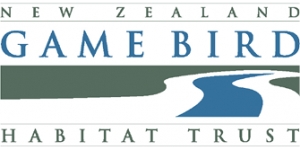 The Game Bird Habitat Trust was established by the Wildlife Act 1953 and must comply with the Crown Entities Act 2004 as per the 4th Schedule of the Public Finance Act 1989.

There are a range of functions set out in section 44D of the Wildlife Act, but primarily it is to improve New Zealand’s game bird habitat and its secondary
function is to improve the habitat of other wildlife.

This is achieved by identifying, evaluating and funding areas of New Zealand worthy of protection, restoration, or creation of suitable habitat. The trust is also charged with recommending the production, fees and species to be depicted on the following year’s Game Bird Habitat Stamp to the Fish and Game Council.
The bulk of its funding is provided through the Game Bird Habitat Stamp programme. The Habitat Trust has charitable trust status but is yet to receive any significant donations. Additional funding via corporate partnerships is being explored.

The trust is the sole public body or charitable trust dedicated to providing
financial backing for game bird conservation in New Zealand. It has been influential in supporting many projects over the years by recognising that often all that is needed to enable a project to go ahead is a modest grant.

The trustees recognise habitat protection as one of the most significant drivers
of positive change for New Zealand’s wildlife.

Farmland ponds across New Zealand are important habitat for wildlife in
the agricultural landscape. Healthy networks of these ponds, at different stages of their lives, help wildlife species to move around farmland habitats.

As habitat fragmentation continues to increase, they are more important than ever. Without them, many species would struggle to survive.

The trust is working to increase the number of ponds on rural land by helping landowners restore existing overgrown ponds and create new ones.
The Para Wetland in Marlborough is one of the most significant projects funded by the trust and has become its “flagship” project over recent years. The trust has been able to assist the Nelson/ Marlborough Fish and Game Council develop and implement a detailed management and development plan, promote public interest and mobilise support from other funders.

Other major projects supported by the trust include the Takitakitoa Wetland and the Underwood Wetland near Dargaville. The trustees are looking
at other potential significant projects including the JK Donald Block on the north-eastern edge of Lake Wairarapa.

The trust prides itself on punching above its weight in terms of its contributions
to habitat protection over the past 25 years. Back in the early years, it was one of a small number of agencies allocating funds to landowners for habitat protection. Local regional government and other funding agencies are now allocating much larger sums. Today, the trust helps fund about 20 projects a year. These modest amounts are often enough to trigger additional investment and ensure protection goes ahead.

Applications for grants from the trust close on 30 June each year and are open to anyone with support from the landowner and a recognised habitat referee.

The trust celebrates the fact that hunting is not only part of a unique tradition that links present day New Zealanders to our ancestors and the rural community, but
is also responsible for funding habitat initiatives that might otherwise never be completed.

Without habitat, there is no wildlife. It is that simple, Andy Tannock says. 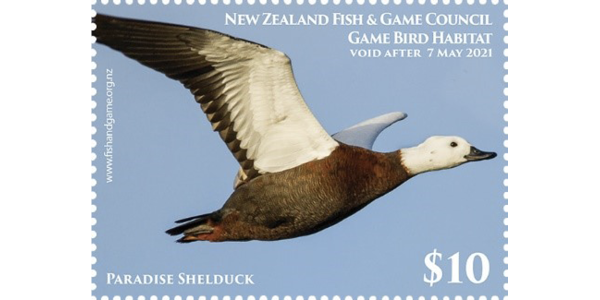 Each year on February 2, World Wetlands Day, the New Zealand Game Bird Habitat stamp is issued.
Funds from a $4 levy on the sale of the game bird hunting licences are allocated by the trust to projects that protect and enhance game bird and other wildlife habitats. In the 2019/20 hunting season, the Game Bird Habitat Trust received $97,933 from licences. Since its inception, the trust has provided $1.7 million in grants to more than 200 projects, with about 680 hectares being created, enhanced or reinstated.
The habitat stamp is sold through NZ Post at a value of $10. Such stamps are called Cinderella stamps – in philately, a Cinderella stamp is "virtually anything resembling a postage stamp, but not issued for postal purposes”.
NZ Post also prepares and sells limited edition art prints derived from the habitat stamp artwork and first day covers. In the 2019-20 year, the trust received $16,616 from NZ Post sales. Each year the NZ Fish and Game Council (which administers the Habitat Stamp programme) collects the stamp revenue, pays the costs of the artist, NZ Post, etc and transfers the balance to the trust.
Published in Issue 180
Tagged under
Read more...
Friday, 28 May 2021 09:49 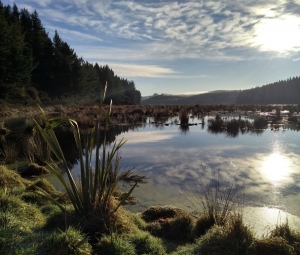 Trustees visited the wetland near the Taieri River during the annual meeting of the trust which was held in Dunedin.

It was the first meeting of the new board appointed by the Minister of Conservation in July. It consists of Andy Tannock, DU Board member Neil Candy, former DU president John Cheyne, Jan Riddell, Mark Sutton and Chantal Whitby.

The trust met to review 14 applications made to the trust for wetland projects across the country for 2020 – they subsequently approved 11 of the applications.
The award-winning Takitakitoa project has previously received funding from the trust.

Takitakitoa has been one of the largest wetland enhancement projects undertaken without extra funding help from non-Fish & Game sources. Otago Fish & Game was gifted the lower portion of the wetland in 1994, around 40 hectares, and later obtained the upper portion of the 70ha wetland, through a land swap deal.

The project was launched with a $50,000 grant from the Game Bird Habitat Trust which was largely spent on constructing a 350-metre bund so the valley floor,

which was drained in the 1960s, could be reflooded. This took about two years to complete. Otago Fish & Game Council also put funds into the project.

"It was basically taking 32 hectares of drained, failed farmland and turning it back into wetland," says Otago Fish & Game chief executive Ian Hadland. "Takitakitoa is a shining example of hunter funding being used for greater conservation benefit.

This is an ecological restoration project which has benefits for not just duck hunters, but anyone interested in enhancing or conserving natural habitat for the future."

As soon as water refilled the wetland, all sorts of wildlife turned up, species that had not been previously observed there while it was in its degraded state, he says. "There’s clearly conservation benefits there that even I didn’t expect. Some creatures turned up that I didn’t even know were in the neighbourhood … like the pied stilts. There are probably 30 to 50 that have moved in to live and raise their chicks."

However, Ian points out that mallard ducks and some other game birds have also colonised the area, and allowed for the wetland to be used for novice hunting in particular.

"Getting the next generation of hunters out there to appreciate wetlands and learn their value is important. Those young hunters will undoubtedly fund similar conservation efforts in the future." Takitakitoa is a project that Fish & Game can hold up as "a great example of a duck hunter-funded conservation project", he says.

For more about the wetland and how to apply for Game Bird Habitat Trust funding, go to: youtube.com/watch?v=JtpRBbp6t1w.

In December the Game Bird Habitat Trust was granted $360,000 over three years through the Government's One Billion Trees project.

The money will be used to establish plantings on projects that the trust
supports around New Zealand.

Trust chair Andy Tannock says this is a significant boost for wetland habitat projects and complements the trust’s goals.

Andy says the trust will be working on setting up a process to support the planting of natives such as flaxes and woody species at sites that have received the trust's funding support. Many of the projects are on private land.

Andy acknowledges the work of Dr Matt Kavermann, the senior fish and game
officer for Wellington Fish and Game Council who worked with the Ministry for Primary Industries to establish the grant.