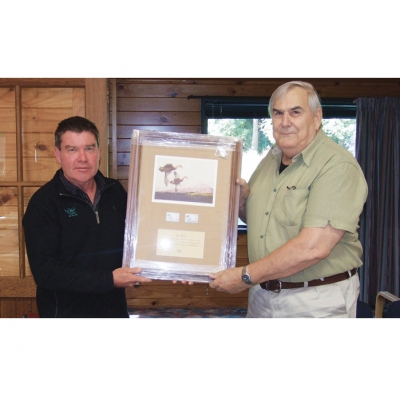 In July 2015, Andy Garrick CEO of Eastern Fish & Game (left) and DU life Member Ian Pirani was recognised for his long involvement with F&G. The inscription reads: In recognition for your long term dedication and commitment to the conservation and management of New Zealand’s water fowl and their wetland habitats. Unknown

More in this category: « Originals and stalwarts – strong and resolute Gone but not forgotten »
back to top
We use cookies to ensure that we give you the best experience on our website.
I accept