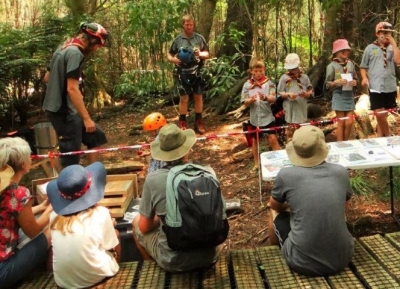 The Te Awamutu Scouts, Cubs and Keas
The importance of wetlands was celebrated on Sunday, 2 February 2020, with events around New Zealand for World Wetlands Day.
This year’s theme was Wetlands and Biodiversity, to draw attention to the global decline in biodiversity and the crucial role of wetlands as biodiversity hot spots. The day marks the 1971 signing of the International Convention on Wetlands in the Iranian city of Ramsar.

View the embedded image gallery online at:
https://ducks.org.nz/flight-magazine/item/367-world-wetlands-day-events#sigProIddbce690e5a
More in this category: « Handy guide defines what makes a wetland Let’s hit them with some tech »
back to top
We use cookies to ensure that we give you the best experience on our website.
I accept