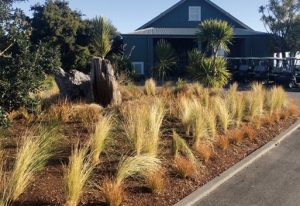 In February, Havelock North scouts, volunteers and staff spread far and wide, both inside and outside the sanctuary to count patake for the Annual Flock count. Thirtythree dams were visited within the sanctuary and 134 pateke counted (although there were a number of dams and areas such as Rangaiika and Porpoise Gully not visited on the day). Many of the dams we checked are also known to have pateke but birds weren’t seen. If these ‘known’ pateke are optimistically added to the count it makes approximately 180. Also, Chris, the cat contractor has seen pateke a few weeks ago at Rangaiika and I recently counted six in the Porpoise gully stream at night. The lads from Rural Pest Service out shooting rabbits see plenty wandering around at Rangaiika.

Outside the sanctuary, John Winters and I visited around 22 dams not far from the Cape Sanctuary boundary. Pateke were counted on the large Haupouri shooting dam – 12 of them and Andy Lowe saw 18 on both Clifton and Taurapa stations. Three pateke were also spotted on a dam at Elephant Hill by some avid birders who reported them to Sue McLennan while she was taking them on a Kiwi Walk. I was surprised that there were no pateke on the Nilsson’s dams and even Blackie on Te Awanga lagoon didn’t show (he is around seven years old now so maybe has done his dash). Overall though, a good count. It is a snapshot of what’s out there and at the very least around 10 percent of the national population. The exciting developments with the Cape to City project (see http://capetocity.co.nz/about/ and https://www.facebook. com/capetocity) will help provide safer habitat for pateke taking up residence outside Cape Sanctuary.

How many golf courses can boast that they have a critically endangered duck nesting only 10 metres from the Club House entrance? Can you spot the pateke nest behind the log in the centre of the picture? Cape Kidnappers landscaping team recently disturbed a nesting pateke sitting on six eggs, in the golf course drop off/turning area. The area was being replanted. The female had returned by the following morning and appeared oblivious to vehicles coming and going. The eggs all hatched and mum has moved the family off to somewhere a little quieter.

Tamsin Ward Smith
Published in Issue 165
Tagged under
Read more...
We use cookies to ensure that we give you the best experience on our website.
I accept