Seasonal Change
The onset of autumn sees not only the change in seasons, it also signals a hugely
exciting time of the year with hunters and their canine companions excitedly make
their plans for the annual ritual of spending time in the field hunting duck, quail & deer. 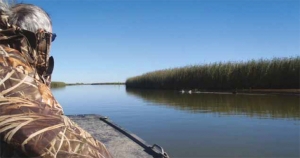