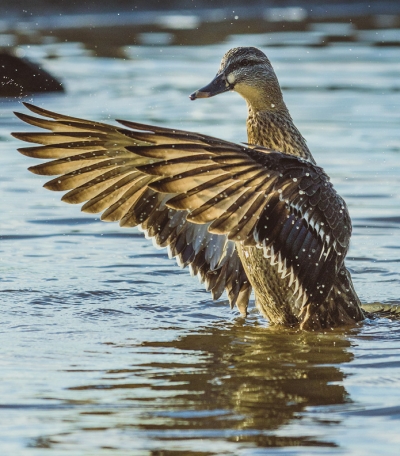 I was talking with a guy the other day about ducks and somehow got on to discussing favourites. His was the blue duck because it’s on the $10 note.

He said, ‘That’s a bird that knows how to sell itself’.

‘Maybe that’s true,’ I said, ‘but I haven’t seen many around recently so I wouldn’t know’.

We agreed that they had a pretty great strategy 800 years ago. Good for them.

I told him my favourite was the New Zealand grallard, the bastard love child of the introduced mallard and the native grey duck, and now New Zealand’s most common duck. This at first seemed to both perplex and bewilder him but, once he’d settled down, I ran him through my reasons and in the end he accepted that I’d made the more compelling choice.

This is basically what I said.

Grallards are one of the world’s newest birds.  They came into existence not long after mallards were introduced to New Zealand in the mid-19th Century. Mallards took a shining (wink wink) to the grey duck and the rest is history. From what I hear the grey is partial to a bit of mallard action too so it’s a veritable love in. People talk a lot about birds that haven’t changed in ages but I like the versatile new chick on the block.

Grallards are all over the place. I drive around a bit and there aren’t many water bodies I don’t see grallards on. Clearly they’re loving it here. People shoot a tonne of them every year and they just keep coming back. They’re the duck version of The Terminator. I respect a bird that can take all the crap people have thrown at them over the years and still keep on kicking. I take my son down to feed the ducks and they’re always there ready and obliging.

Grallards are unique to New Zealand. I searched around and haven’t found grallards anywhere but here. There’s something similar in Australia but they’re derived from mallards mixed with the Australian sub-species of grey duck. I reckon they look different over there too. It’s neat to have another locally unique duck, especially one that’s got such an interesting history. Millions of years of evolution in those genes and it didn’t end with their parent species. They’re the biological version of fusion cuisine.

Grallards could teach people a thing or two. Some people are so distraught about losing biodiversity that they can’t see the gains happening right in front of them. Grallards have accepted people and the changed environments that they live in.  They don’t distinguish between native and introduced species, or between pristine and modified environments. They get on with living their lives and the world is a more diverse, interesting and vibrant place for it. While some other species have ‘evolutionary potential’ grallards are busy realising theirs.

It’s like they’re sitting there quaking, ‘Here I am loving life and the world isn’t going to end’.

Maybe there’s a lesson in there, I don’t know.

More in this category: « Habitat Te Henga Letter to Ed »
back to top
We use cookies to ensure that we give you the best experience on our website.
I accept