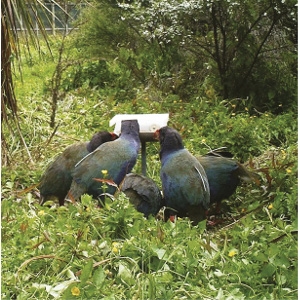 In October last year we released 10 takahē intoTāwharanui Open Sanctuary, North Auckland.This nationally critical species has come to Tāwharanui as a secure site that may enable  breeding to improve the population and its conservation status.
Despite being released 2km in a straight line from the Mangatawhiri wetland  and further as the takahē trundles, six of the 10 birds havechosen to take up residence here for several weeks and now appear very stable and settled.
As the young birds age and set up pairings and territories this may reduce but for now they’re enjoying their new home and are easily viewable by visitors to the park.
Banrock Station Wines and Wetland Care New Zealand funded the restoration of this wetland in 2007-2008 in preparation for pateke reintroduction. Since then pateke have done very well. Pleasingly, a number of other birds have taken up residence, notable inclusions being spotless crake, banded rail, Northland Brown Kiwi and Australasian bittern.
Tāwharanui Open Sanctuary is a pest free  regional park integrating conservation with recreation and farming. It is managed as a community partnership between Auckland Council and Tāwharanui Open Sanctuary  Society Inc (TOSSI). See www.tossi.org.nz
Just as we thank those who helped with restoration of the wetland, we’d like to acknowledge the support of our takahē  reintroduction partners: Mitre 10 Takahē  Rescue, Mitre 10 MEGA Warkworth, the Tindall Foundation, JS Watson Trust, Flight Centre Foundation, Department of Conservation and the generous support of TOSSI members.
Matt Maitland
Senior Ranger Open Sanctuaries.
Northern Regional Parks, Auckland Council.
Published in Issue 162
Tagged under
Read more...
Friday, 09 March 2018 08:22

Birds of a different feather 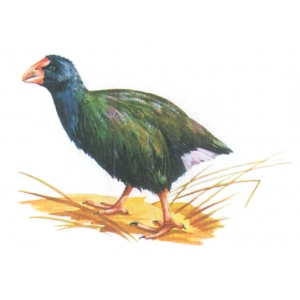 Here are a couple of birds most of us have heard of.
Many of us have seen them, and their colours and in some cases, their secrecy make them very interesting.
There is the Pukeko or Swamphen
You often see them running into the long grass at the side of the road as you drive by, and sometimes you might see one looking very squashed right there on the road.
There are plenty of them, but it is still a good idea to avoid them. Squashed Pukeko is not a good thing to see.
Then there is the Takahe or Notornis mantelli.
These birds are more rare, very rare in fact, mostly found in Foirdland west of Lake Te Anau.
Their head is indigo blue. Its back and upper tail are olive green, and under the tail is a white patch. It also has a scarlet and pink beak, and red legs and feet.
You will know one if you are ever fortunate enough to actually see one.
So these are two birds to keep a look out for during your travels.
Published in Issue 174
Tagged under
Read more...
Friday, 09 March 2018 08:04 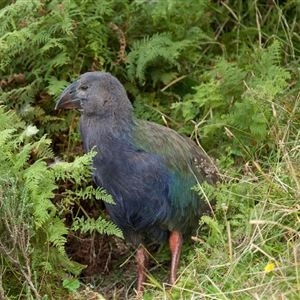 First Takahe egg in 20 years
Pukaha Mt Bruce National Wildlife Centre staff were quite amazed last year when after more than 20 years of no takahe laying eggs in the lower North Island wildlife centre, staff were surprised to find the mother sitting on an egg. Two eggs were finally laid in October last year.

If the chick had hatched at the centre it would be the first Takahe chick hatched there in two decades.
Published in Issue 174
Tagged under
Read more...
We use cookies to ensure that we give you the best experience on our website.
I accept