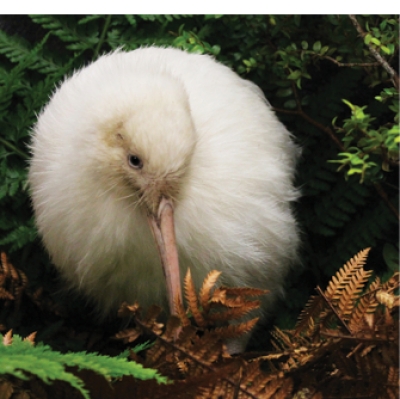 Pukaha Wildlife Centre's summer was overshadowed by the death of their treasured white kiwi, Manukura, who was farewelled in a special service on January 9.

However, Pukaha’s captive breeding ranger Tara Swan says there have been "lots of positive, happy things happening in the bush since our dear Manukura left us”, including the hatching of her 'niece or nephew', a chick from Manukura's brother, Mapuna.

"The little white patch you can see on the tip of the chick's head is almost like a little throwback to the white feather gene of Manukura (someone called it 'Manukura's kiss')," she said.

"We have had so many yellow crowned akariki hatch, with 16 fledglings and five still in the nest across two pairs, and all our kaka have been successful this year, with five kaka fledged across the aviaries," Tara said.

These birds will be released at Cape Sanctuary in Hawke’s Bay later on in the year.

View the embedded image gallery online at:
https://ducks.org.nz/flight-magazine/item/410-pukaha-farewells-leading-lady#sigProIdcd0e263109
More in this category: « What bird bands tells us Tracking wetland changes through eDNA »
back to top
We use cookies to ensure that we give you the best experience on our website.
I accept