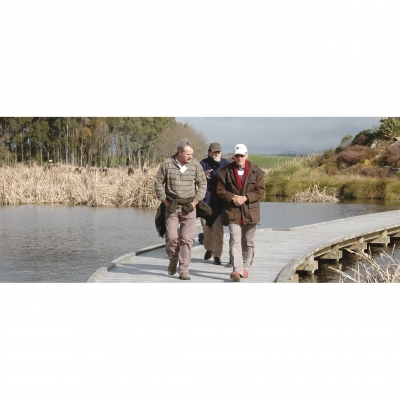 Swamp transformation: Discussing the merits of the restoration, from left Will Abel, Chris Thomas and Jim Law.

View the embedded image gallery online at:
https://ducks.org.nz/flight-magazine/item/327-pekapeka-swamp-an-icon-for-hawke-s-bay#sigProIdadf1d94cac
More in this category: « Help at hand for Waikato wetlands Auction - fun and drama »
back to top
We use cookies to ensure that we give you the best experience on our website.
I accept