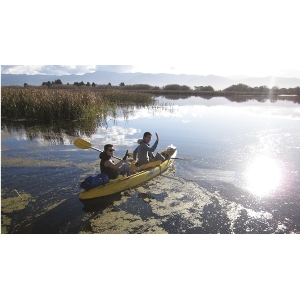 Essential information for the decision making process of wetland restoration.

Abstract: Cheng Shi.
Wetlands are areas where lands transition  to water bodies. Because of this special geomorphological setting, wetlands play important roles in flood control, nutrient retention, and water storage. In New Zealand, less than 10 percent of the original wetlands have survived since human settlement. Many of the remaining wetlands are still under threat from water quality degradation, invasive species, and changes in hydrological regime.
Wetland restoration is the process of bringing the structure and function of a wetland back to its original state. Although specific objectives may vary between projects, three major objectives of wetland restoration are restoration of wetland function, restoration of wetland structure, and restoration of traditional landscape and land-use practices.  In order to ensure the success of a wetland restoration project, a good understanding of the hydrological process in the wetland is the first step.
Boggy Pond and Matthews Lagoon on the eastern edge of Lake Wairarapa in the Wellington Region were formed as a result of the deposition of sand dunes on the eastern shore and changes in river courses between floods. They were modified by a series of engineering works under the lower Wairarapa valley development scheme in the 1980s.
As a result, Matthews Lagoon now receives agricultural outputs from surrounding farms; it is affected by water pollution and invasive plant species.
Boggy Pond is cut off from Lake Wairarapa and surrounding wetlands by a road and stopbank, leaving a more stable water level compared to its original state. To analyse the water and nutrient balance in these two wetlands, factors such as surface flows, surface water levels, groundwater levels, rainfall, climate data, and water quality were assessed at various monitoring stations in this study. It is believed that Matthews Lagoon and Boggy Pond have completely different water regimes. Matthews Lagoon receives surface inflow from the Te Hopai drainage scheme and discharges to Oporua floodway, but Boggy Pond only has rainfall as the water input.
The results from the water balance analysis seem to support this assumption. An unexpected finding in Matthews Lagoon suggests that water might bypass the main wetland, creating a shortcut between the inlet and outlet. As a result, the nutrient removal ability was considerably weakened by this bypass because of the short water retention time.
In Boggy Pond, there may be an unknown water input which could adversely affect the
water quality and natural water regime. Boggy Pond is expected to have better water quality than Matthews Lagoon as the latter receives agricultural drainage from surrounding farms. The results from water quality monitoring also support this hypothesis. The nutrient balance in Matthews Lagoon showed very limited removal ability for phosphate but much higher removal rate for nitrate. The removal rate in summer for phosphate was less than 5 percent while in winter more phosphate was discharged from Matthews Lagoon than it received from Te Hopai drainage scheme. For nitrate pollutants, the removal rate was as high as 17 percent even in winter.
Some recommendations are given on the restoration of these two wetlands. First, set proper objectives according to their different functions. Second, enhance the nutrient removal ability of Matthews Lagoon by harvesting plants, removing old sediments, and creating a more evenly distributed flow across the wetland throughout the year. Third, restore the natural water level fluctuations and improve water quality in Boggy Pond by identifying any unknown water inputs first.
To view Cheng Shi’s full thesis go to:http://researcharchive.vuw.ac.nz/
handle/10063/3481
Published in Issue 162
Tagged under
Read more...
We use cookies to ensure that we give you the best experience on our website.
I accept