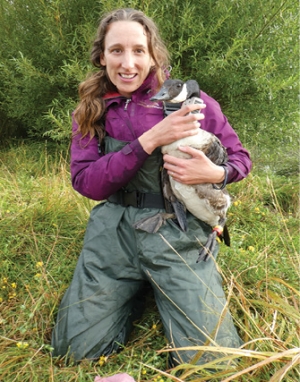 DU director and bittern expert Emma Williams’ workload has become a whole lot busier after she was appointed science advisor (wetland birds) for the Department of Conservation in October.

A fulltime job for four years, her main task is to deliver the national bittern research plan. The role also involves work with other wetland birds such as spotless crakes and marsh crakes with the aim of setting up new collaborations with organisations to try to fill some of the knowledge gaps about cryptic and native wetland birds.

Projects include working with Stephen Hartley and students at Victoria University in Wairarapa Moana. One of the current projects involves putting out artificial bittern nests in several study sites, including Wairio, to determine what predators are targeting bitterns.

Emma says new bittern monitoring projects in South Kaipara, Auckland region, Tauranga and Turangi are expanding DOC’s national monitoring reach. The goal is to identify where bittern strongholds and hot spots are and inform where new projects are needed to try to reverse bittern declines. 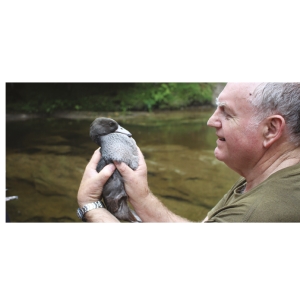 Fears for whio after  weather bomb

February (2017) brought a highlight on the conservation calendar at Blue Duck Station – the release of 14 rare juvenile blue ducks (whio) into the Kaiwhakauka Stream.

After months of preparation in which the young whio were raised in captivity and prepared for life in the wild on an artificial stream, teams from Blue Duck Station, the Department of Conservation (DoC), Horizons, and Whio Forever saw the ducks off into their new home as part of a community event at Blue Duck Falls. A representative from the local iwi blessed the ducks before volunteers released them into the Kaiwhakauka, watching as they swam upstream into their new habitat. The long term aim is for the ducks to form breeding pairs along the length of the Kaiwhakauka stream, further strengthening the local whio population.

Unfortunately, the joy was short lived. In March a weather bomb wreaked havoc along the Kaiwhakauka. Over 100ml of rain fell in one day, causing flash floods and land slips that battered the Station. The environment around the Kaiwhakauka changed drastically – fallen trees and boulders littered the river, while flooding risked washing away the newly released whio. High water levels also threatened the whio’s ability to feed in the stream and with the stream bed turned upside down, it is unclear how much feed is left for the ducks.

While the damage is severe, the team at Blue Duck Station remain optimistic. In the coming months they will be assessing the impact and planning how best to help the ecosystem recover. Sightings of juveniles have continued in the surrounding areas since the floods, so hopes are high that habitats can be restored for further releases in the future and that Blue Duck Station will continue to be a haven for whio.