Bird numbers up at Lake Ellesmere

An “all wetland species” census of Lake Ellesmere was carried out on February 22 by 12 teams of observers: Ornithological
Society NZ, Department of Conservation, Christchurch City Council rangers, Fish & Game, Environment Canterbury, Ngai Tahu, Rotoract, Waihora Ellesmere Trust, and others.
There were 55,033 birds counted thanks to the hard work of the many people involved.
BirdingNZ website tells us that February 22 was one of the hottest days of summer, over 40 people from a range of organisations undertook the counting of all the wetland birds on Te Waihora/Lake Ellesmere. You can see some of those photos on their Facebook page.
The 12 teams each took a section of the lake margin. Each team included experienced OSNZ birders, supported by staff and volunteers from the various organisations.
Three teams led by Christchurch City Council Rangers counted the sections of the lake located within the city boundary – from the Halswell River towards Kaituna and along Kaitorete Spit. The other teams covered the remainder of the lake margin which is in the Selwyn District.
The count is a snapshot of the birds present on a specific day and for the species which occur in large numbers such as the ducks and geese, the numbers are estimated by experienced counters.
The total number of birds recorded is slightly down on last year, with just over 55,000, compared with around 55,700 in 2013. The numbers of waterfowl were down with just under 42,000 this year compared with around
45,000 in 2013. However, the numbers of waders were up with over 7300 recorded, compared with around 6100 in 2013.
Also notable is that 45 species were recorded in 2014 compared with only 39 in 2013. This year’s count recorded many more Arctic migratory species, e.g. greenshank and sanderling that were not seen in 2013.
With the very low lake level, the habitat for birds was of variable quality with some areas of the lake edge too dry. However, the lake edge is extensive and the habitat was very good in places leading to a redistribution of birds around the lake.
Overall the bird numbers seem stable.
This copy courtesy of BirdingNZ, and Peter Russell. See www.birdingnz.net
More information on the count is published on the WET (Waihora Ellesmere Trust) website. www.wet.org.nz, but count totals were as follows:
Aust Crested Grebe
Black Cormorant
Pied Cormorant
Little Cormorant
Spotted Shag
White-faced Heron
White Heron
Royal Spoonbill
Mute Swan
Black Swan
Canada Goose
Feral (greylag) Goose
Paradise Shelduck
Mallard/Grey Duck
Grey Teal
NZ Shoveler
Shoveler/G Teal
NZ Scaup
duck sp.
Australasian Harrier
Pukeko
SIPO
VOC
3
615
240
51
4
92
3
871
14
7473
3777
443
5148
5173
12504
5893
780
12
696
67
97
17
2
Spur-winged Plover
Pacific Golden Plover Wrybill
Banded Dotterel
Bar-tailed Godwit
Red Knot
Sharp-tailed Sandpiper  Pectoral Sandpiper  Curlew Sandpiper
Red-necked Stint  Sanderling
Common Greenshank  Pied Stilt
Black Stilt
Black-backed Gull
Red-billed Gull
Black-billed Gull
Black-fronted Tern  Caspian Tern
Gull-billed Tern
White-fronted Tern
NZ kingfisher
328
45
243
1496
120
44
18
6
18
44
2
1
4959
2
691
38
2359
61
386
16
175
6
Published in Issue 159
Tagged under
Read more...
Sunday, 21 July 2019 23:46 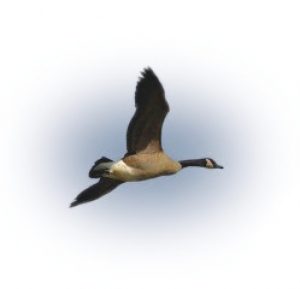 Steve Playle, Hugh Robertson and Nikki McArthur took advantage of excellent weather conditions on June 20 to carry out a winter shorebird census at Lake Wairarapa. The water level was relatively high (10.3 metres above datum), so most of the mudflats were under water and in turn that influenced some of the
species counts.
By the end of the day they had counted 22 species of shorebirds and waterfowl, totalling 5647 birds. Highlights of the day included four Australasian bittern, two white herons and a little egret (the latter a relatively rare Australian vagrant). Hugh encountered a flock of 122 red-billed gulls at the Oporua Floodway, which
is exceedingly unusual for this site. Red-billed gulls are extremely rare visitors to Lake Wairarapa, having been reported only a handful of times previously (11 birds in February 1948, “irregularly” between 1982-1983, 2 birds in April 1992 and 1 bird in February 2012).
A full summary of the species counted during June 20 census follows. For anyone who wishes to test their bird ID skills, or read background about any of the species recorded go to New Zealand (NZ) Birds Online website (http://nzbirdsonline.org.nz/).
Species
Dabchick
Black Shag
Little Black Shag
Little Shag
White-faced Heron
White Heron
Little Egret
Bittern
Royal Spoonbill
Black Swan
Canada Goose
Feral Goose
Paradise Shelduck
Variable Oystercatcher
Pied Stilt
Banded Dotterel
Black-fronted Dotterel
Spur-winged Plover
Black-backed Gull
Red-billed Gull
Black-billed Gull
Caspian Tern
Total
Number
counted
38
74
38
15
21
2
1
4
10
2174
1448
128
97
5
1000
42
66
39
136
122
176
11
5647
This is the third winter survey since initiating this work in 2011, so it’s now possible tobegin comparing average species counts from June 2011-2014 surveys with those from Hugh Robertson and Barrie Heather’s earlier set of surveys carried out between 1985 and 1994, for the section of shoreline between the Tauherenikau Delta and the Oporua Floodway. These comparisons give an early indication of some of the changes that appear to have occurred to the relative abundance of various bird species at the lake over the past 30
years. A number of species appear to have increased in abundance over the intervening time, among them NZ dabchick, black shag, little black shag, little shag, black-fronted dotterel and black billed gull. A smaller number of species appeared to have declined in abundance over the same period, including SI pied oystercatcher, pied stilt and spur-winged plover.
Species
Dabchick
Black Shag
Little Black Shag
Little Shag
Pied Shag
White-faced Heron
White Heron
Cattle Egret
Bittern
Glossy Ibis
Royal Spoonbill
Black Swan
Canada Goose
Feral Goose
Paradise Shelduck
Pied Oystercatcher
Variable Oystercatcher
Pied Stilt
Banded Dotterel
Black-fronted Dotterel
Wrybill
Spur-winged Plover
Sharp-tailed Sandpiper
Bar-tailed Godwit
Black-backed Gull
Red-billed gull
Black-billed Gull
Caspian Tern
Average count
1985-1994
5.1
11.6
3.1
2 15.0
0
10.5
0.1
0.1
0
0.5
0
X
X
X
X
14.7
5.6
607.9
187.5
32.3
0.1
57.5
0
0.6
X
0.1
1.5
1.6
Average count
2011-2014
52.3
39.0
69.3
15.0
0.3
12.0
0.3
0.0
1.7
0.0
1.7
692.0
966.0
134.0
24.0
0.7
3.0
516.7
159.0
45.0
0.0
13.3
0.3
0.0
58.3
40.7
195.0
9.0
Nikki explained the original aims of this survey work were relatively simple (i.e. to give the ability to describe changes that have occurredin the lake’s bird fauna over the past 30 years;
to allow them to detect future changes and to re-examine the relationship between shorebird abundance and water levels). You might be interested to know the data from these surveys have recently been put to a variety of other
uses, including:
• To provide quantitative evidence in support of an application to have the Wairarapa Moana wetlands recognised as a “wetland of international importance” under the Ramsar Convention.
• To provide evidence to support the Wairarapa Moana Wetlands (together with
the Ruamahanga River) being listed as an “Important Bird Area” under Birdlife
International’s global IBA programme.
• To form part of our flood protection department’s programme for monitoring
the health of riverbed-dependent bird populations on rivers affected by flood
protection activities (large proportions of the regional populations of several riverbed-dependent bird species overwinter at Lake Wairarapa).
• To provide regional population estimates for a number of shorebird species used for the development of a regional threat classification system for birds of the Wellington Region.
• And lastly, data collected during these surveys are combined with data compiled from other key shorebird sites around NZ to provide estimates of the national population sizes of a number of NZ’s shorebird species. These national
population estimates are in turn put to a variety of uses, including a regular review of national threat classification rankings and ongoing monitoring of the population health of Arctic-breeding migrants using the East Asian/Australasian Flyway, a major avian migration route stretching from Alaska and Siberia in the north to NZ and Australia in the south.
Thanks go to Ian Gunn, Tony Silbery and Bob Green for assistance preparing for this survey, and to Bob Green, Grant McGhie, Graham Field and Tim Loe for permission to access various points of the shoreline. The next scheduled shorebird survey at Lake Wairarapa is for November 2014.
Nikki McArthur
Environmental Scientist
Greater Wellington Regional Council
Published in Issue 161
Tagged under
Read more...
We use cookies to ensure that we give you the best experience on our website.
I accept