Getting the lowdown on DUNZ

8.30am at Distinction Hotel and Conference Centre, Palmerston North.

A special welcome was extended to the  Piranis.

That the apologies tendered are accepted.

Minutes of the last AGM:

(Circulated in Flight #164, copies available at  the AGM.)

That the minutes of the last AGM be accepted as a true and complete record. Moved:

Matters arising from the 2014 minutes:

John Cheyne (Circulated in Flight #164, copies available at  the AGM.)

We are facing challenges with maintaining our membership. Our members are aging and younger people just aren’t joining.

Main support base is from Wairarapa and Manawatu Chapters. The Wairio wetland project continues to be our major wetland restoration project.

The President’s report is accepted.

Matters arising from the President’s 2014  Report:

John ran through the accounts and explained the main differences between receipt of funds.

This particularly relates to the Wairio project where payout has occurred before receipt of funds in.

That the 2015 financial report be accepted.

Funds $463420 as at July so even with the usual fluctuations it has not done too badly, an improvement of our position of  just under 8 percent.

Held in a variety of companies predominantly Australasian but some overseas.

The President read out the following  Statement:

The Constitution states that the Board should consist of not less than six, of which half, but not more than two thirds shall be permanently appointed Directors.

As of right, the permanent appointments are the Chairman, President, Vice President, Secretary and Treasurer.

Other permanent appointments are Neil Candy and William Abel.

by rotation and also have a nomination of Gill Lundie for the Board.

Call for any further nominations – None - therefore all were declared as duly elected.

Could someone write on how to build a wetland. And what to plant maybe publish on our  website?

Quack Club: Only have five schools involved and 80 younger kids belong. It is continuing  successfully but could be doing better.

He also showed photos of the project.

Summary: In Wairarapa this project is seen as a significant success story and could be considered a forerunner for organisations such as ours to take on. Perhaps DUNZ could look at one large project every 5 years - need to look to start a new one.

Clarification re Election of officers given. John Dermer and Jim Law were re-elected with Gill Lundie welcomed to the Board.

Thanks to the Board members for their contribution.

An experience for this year’s DUNZ AGM.

Taupo is our top spot this year and there is  plenty of time to get prepared. Catch up with all those friends you only see once a year. Enjoy the company; enjoy the food; and the scenery.

The Millennium Hotel on the Taupo Lake Terrace, good food, good weather (we hope), walk along the water front, and importantly a three hour cruise on the Lake with a BBQ lunch included.

Conference dates are July 29, 30, 31. As a rule members usually stay Friday and Saturday nights and then head home on Sunday.

Remember it is July, and quite close to the mountains, pack a few warm clothes. Look forward to seeing you there. 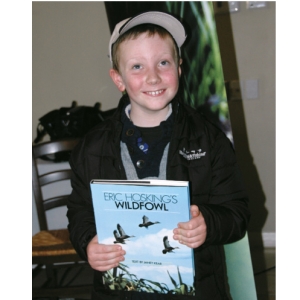 Yet another well run AGM, with interesting places to visit and plenty of old friends meeting up and catching up.

The auction with Dan Steele as auctioneer ran well, and provided more funds for the coming year. The silent auction also went well, with many interesting items that looked quite fascinating

The AGM on Saturday morning was well attended and run smoothly by members of the DU and other workers.

The trip to Wairio was all in fine weather and the lunch in town (Martinborough) was very tasty.

Finally winding up the day with an excellent dinner and not too far to find our accommodation. 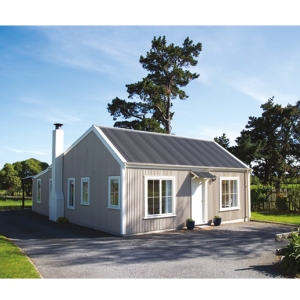 (5&6 Aug, also Friday evening if you arrive on the 4th) annual dinner and the much anticipated auction. DU was there in August 2014 and members found Brackenridge enjoyable and comfortable.

The weekend event includes a catch-up on Friday evening, the annual AGM the next morning, plus morning tea then a bus trip to visit Wairio Wetlands, which has come on leaps and bounds since our last tour there. Put in a pair of gumboots for Wairio. Lunch follows at the Village café in Martinborough. Brackenridge has the atmosphere of early New Zealand station dwellings and with a view of the Haurangi ranges. Brackenridge Conference Manager Leeann O’Neill said they are looking forward to hosting our group. All members should receive the brochure about events at the AGM, and the information. Brackenridge can accommodate 64 guests, so make sure you do not miss out.

Brackenridge
White Rock Rd Martinborough
This email address is being protected from spambots. You need JavaScript enabled to view it.
www.brackenridge.co.nz
Ph: 063068115
Fax: 063068119