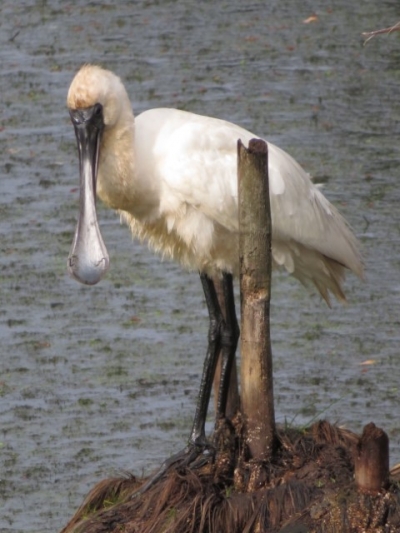 Reports of sightings in the past decade point to a growing population of royal spoonbills in New Zealand. Te Papa bird expert Dr Colin Miskelly backs this up, saying there are signs that the spoonbill, kotuku ngutupapa, is "increasing at a rapid rate".

The first spoonbill sighting was recorded in New Zealand at Castlepoint in 1861.

Sightings increased through the 1900s, with breeding first recorded next to the white heron colony at Okarito, south Westland, in 1949.

Since then it has successfully colonised New Zealand from Australia and is now widespread, breeding on both main islands, and dispersing to coastal sites across the country after the breeding season.

A colony and nest count during the 2013-14 breeding season found 19 colonies with at least 614 nests.

It breeds in the exposed canopy of tall kahikatea trees, on the ground near estuaries, rivers and harbours, in reeds, in low shrubs, and on steep rocky headlands, tending to breed near white heron and shag colonies.

It prefers freshwater to saltwater but can inhabit both. Royal spoonbill is one of six spoonbill species worldwide but the only one that breeds in New Zealand.