Trapping of predators must continue 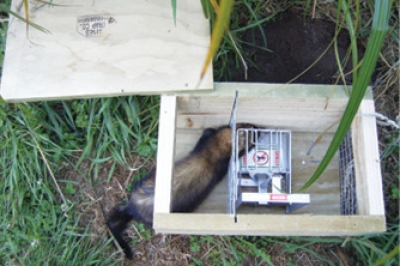 Ian Jensen writes about the ‘necessity of continuance’ in the war against pests.

For several years, no records were kept to show the numbers of predators dispatched on the property, though one Tims trap early on accounted for about 35 ferrets over three years.

In February 2008 a comprehensive record was started, compiled mainly from pests that my dogs found, hares that keen hunters dispatched, along with wasp nests that have been eliminated as well as bait stations for rats and mice.

In 2009, with assistance from Greater Wellington Regional Council, a number of DOC 200 traps were provided, and others have been purchased since.

The property is coastal dunes south of Te Horo, with about 10 hectares of wetland, where there are nine traps located on the wetland margins. Weasels are the predominant catch, followed by stoats, rats and ferrets and a few small to medium rabbits.

It seems bird numbers, particularly pheasants, have increased over recent years along with Californian quail. With the ducks, it is harder to make a comparison as water levels also play a very important part in the survival of the young and moulting birds.

For my traps I use the juice from ‘Sardines in spring water’; I have a small sealed container kept in the fridge that I store it in – once every three months seems to be enough to keep up the interest.

In 2017 there were 29 weasels and four stoat caught, while in 2018 that dropped significantly to four weasels, three stoats and a ferret.

This year has spiked with 21 weasels, 16 stoats and two ferrets – we also passed the 500 mark with hedgehogs since records began.
Read 119 times
Tweet
Published in Issue 177
Tagged under