Gift from a ‘Man of Trees’ 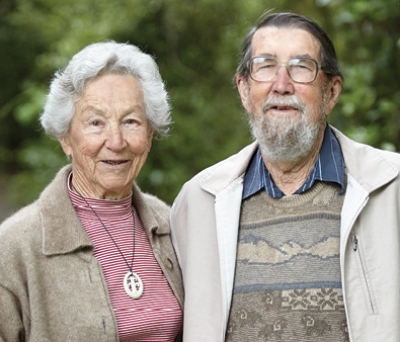 Ducks Unlimited NZ received an unexpected windfall in October – in the form of a $2000 bequest.

Lifetime conservationist, author and former farm forester John Bracken Mortimer QSM, died at Waikato Hospital in May, aged 94. He was a former president of the New Zealand Farm Forestry Association.

Many environmental groups and other organisations have benefited from Mr Mortimer and his wife Bunny’s generosity but their greatest legacy is Taitua Arboretum, which they gifted to the City of Hamilton in 1997.

Hamilton Deputy Mayor Martin Gallagher says the Mortimers’ gift will be enjoyed for generations to come.

“John and Bunny’s legacy is immense,” Mr Gallagher said. “They have given the city one of its premier natural locations with an act of incredible foresight and generosity.

“The city owes John and Bunny a huge debt of gratitude.”

The couple began developing Taitua Arboretum in 1972 on their property west of Hamilton. They planted hundreds of trees on the 20-hectare block, before gifting it to the city. It formally opened to the public for visits in 2004 and has more than 1500 species of trees.

Mr Mortimer and Mrs Mortimer co-wrote several books, including Trees for the New Zealand Countryside: A Planter’s Guide and Trees and Their Bark: A Selection with Stories and Pictures.

DU is grateful for the kind gift from Mr Mortimer, fittingly described in the tributes paid to him as a ‘Man of Trees’.