Before human settlement (from around 1250–1300 AD), freshwater wetlands covered about 670,000 hectares of New Zealand. Now it is 89,000 ha – a loss of 90 percent. Fertile lowland swamps have been lost in greater numbers than those that were infertile or at high altitudes.
Wetland importance is often under-rated. Groups like our own DU, Wetland Care and the National Wetlands Trust are working towards reversing this trend.
There is a great diversity of wildlife in our wetlands with more native birds, fish,
invertebrates and plants than most other habitats, yet many wetland species are threatened with extinction. Wetlands have high recreational values, and perform vital ecosystem services such as improving water quality and reducing flood risks.
They have a big role in managing climate change. Healthy peat bogs are year-round sinks of 2-5 tonnes of carbon per hectare – locking it up in their soil indefinitely.
Wetlands are of cultural and spiritual significance to Maori. They provided Maori with food (wildfowl, eels and other freshwater fish), taro cultivation, harakeke (flax) for weaving and other materials for medicinal, food, building, and craft use.
A plethora of wetland to visit
Farewell Spit - at the northern most tip of the South Island is one of our most important wetland areas. Part of the spit forms a Ramsar Wetland site of significance and is an important staging area for migratory shorebirds on the East Asia - Australasia path. Just two hours from Nelson, the area has been a wildlife sanctuary since the 1930s and is a haven for over 90 bird species.
Whangamarino
Whangamarino - 62km south of Auckland is the second largest bog and swamp complex
in the North Island - another Ramsar site.
Managed by DOC, the 5923ha of peat bog, swampland, mesotrophic lags, open water and river systems, is an important habitat for threatened species like Australasian bittern, grey teal, spotless crake, the North Island fernbird and black mudfish.
Firth of Thames
At the base of Coromandel Peninsula, the Firth of Thames has 8500ha of wide inter-tidal flats which attract thousands of migratory wading birds. Some make the arduous 10,000km journey south from the Arctic in spring and fly north again in the autumn; others fly 1000km north from the braided rivers of the South Island in the autumn and return in the spring.
Wairarapa Moana Wetlands Park
Lake Wairarapa, Lake Onoke and their associated wetlands make up the largest
wetland complex in the southern North Island, supporting native plants and animals of national and international importance.
The diverse habitats within Wairarapa Moana attract a wide range of wetland birds - about 100 species including international migratory birds.
The area is also of national importance to fisheries. Among 10 native species, which migrate between the sea and fresh water, are long-finned and short-finned eel, brown mudfish and giant kokopu.
Lower Kaituna Wildlife Reserve
Northeast of Te Puke, western Bay of Plenty, Kaituna is a reminder of how the country used to be with an abundance of cabbage trees and flax, pukeko prowling through raupo, numerous ducks, shags and pied stilts foraging for food in the waterways.
West Coast wetlands
The South Island’s West Coast has a variety of large and valuable wetlands, including lakes, swamps, fens, bogs, marshes, lagoons,
estuaries and pakihi / poorly drained, infertile land. Most are fully protected and are important breeding grounds for rare species.
The only kōtuku / white heron breeding colony in New Zealand is located on the Waitangiroto River close to Okarito Lagoon - north of Franz Josef glacier. The region is one of the last strongholds for the Australasian bittern and a large part of the habitat is suitable for crakes - a rarely seen shy bird.
Ō Tū Wharekai wetland
Ō Tū Wharekai, covering the Ashburton lakes and Upper Rangitata River in Canterbury, is an unspoiled, intact, intermontane wetland system and is nationally important for wildlife.
Otago wetlands
Lake Waipori, Lake Waihola and their associated wetlands are the most significant waterfowl habitat in Otago 40km south of Dunedin. The lakes are shallow and drain through an extensive swamp into the Waipori River and then the Taieri River.
Over 60 species of bird live in or visit the wetland. It is now privately owned by Te Rūnanga o Ngāi Tahu and protected by a QE II National Trust Open Space Covenant.
Southland wetlands
The waters, mudflats and marginal vegetation of Southland’s large tidal estuaries and coastal lagoons - Jacobs River Estuary, New River Estuary, Bluff Harbour and Awarua Bay, Waituna Lagoon and Toetoes Harbour - make up the most important bird habitat areas in Southland.
More than 80 bird species have been sighted in the area, 65 of which are dependent on the estuarine environment.
Southland’s estuaries rank alongside Farewell Spit and Lake Ellesmere as the top three wading bird habitats in the South Island.
Published in Issue 163
Tagged under
Read more...
Friday, 19 July 2019 01:49 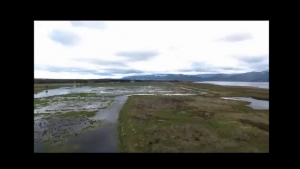 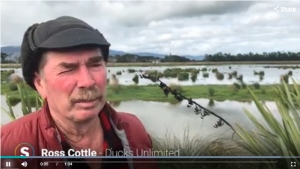 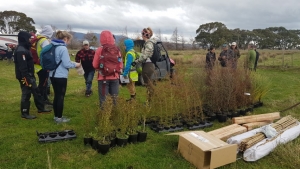